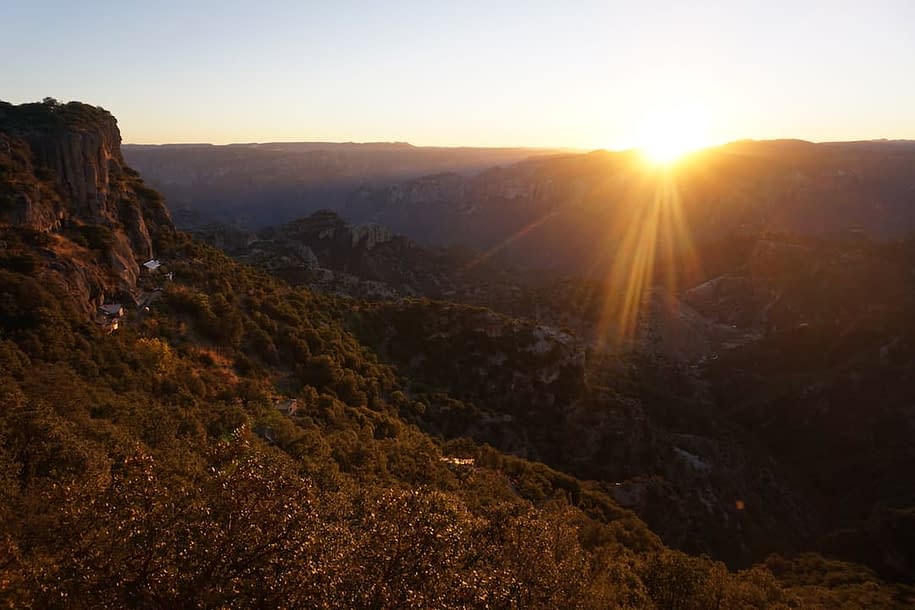 Of course I had heard of the “Copper Canyon” in northern Mexico, but being in the region surprised me even more.

I was hearing that northern Mexico was supposed to be dangerous. So I got on the plane with a strange feeling. As I had already been to the Yucatan peninsula half a year ago and I loved it, I learned to love more Mexico in these last 10 days, I was very anxious about the trip to Chihuahua, and it did not disappoint.

The trip was from Mexico City with a domestic flight to Chihuahua. I had no idea about the city, but I didn’t expect it to be a true mecca for cowboys. Every third man walks around town in a cowboy hat and boots. There are whole neighborhoods with horse riding shops. After a first tour of the city, I was calm because I did not feel unsafe. The people were nice and warm, I was happy that the tourists were finally interested in “their” Mexico.

We continue to Creel, a small town near the Copper Canyon in the Sierra Tarahumara. Creel is called “Pueblo Mágico”, towns that have been recognized as particularly worth seeing due to their typical and well-kept character. Creel is a small western town with an “El Chepe” train station. The place itself is very small and is characterized by tourism with beautiful destinations in the area. We did a short hike to the “Cusárare” waterfall, which unfortunately had very little water. April is very dry. However, you must have a spectacular view during the rainy season or soon after. The region around Creel is also known for its rock formations that look like mushrooms and frogs.

The Copper Canyon is larger than the Grand Canyon in the United States. To be honest, I thought: a canyon is a canyon. But this is definitely not the case here! To be honest, my visit to the Grand Canyon was disappointing. I imagined it more spectacular, unique and, above all, less touristy. The Copper Canyon in difference offers that and much more.

Taking the longest zip line in the world over the canyons? It is definitely worth it to overcome fear and live this unique experience that is offered in the adventure park. I had done canopy before, but 2,530m and speeds between 80 and 135 km / h are special. We spent the night near the park and the next Chepe train stop with a spectacular view. The rooms at the “Hotel Mirador” have a balcony overlooking the canyon. Not only a great view during the day, but also at night with the starry sky is just amazing, almost as incredible as the sunrise the next day. It is worth getting up early.

The journey continued by train. So we sat in El Chepe, a train that leaves from Chihuahua to the Pacific. What is really special are the great views and stunning scenery throughout the tour. I spent most of my time in the train lobbies to take great photos.

The trip continued to El Fuerte, a beautiful colonial town. In the center of the city there is a typical square, as it is known from Latin America, and here life also takes place during the day. The city itself is typically Mexican, colorful and lively, with a kiosk in the center. A great view of the city can be seen from the walls of the old fortress “El Fuerte”.

I spent the last two days at the largest tourist fair in Mexico, Tianguis Turístico in Mazatlán, to find new travel ideas and make contacts.

My concerns about security in this region were completely unfounded because I always felt very safe and welcome. I was impressed by the diversity of this great country, which has much more to offer than the famous Mayan ruins and fantastic beaches. But one thing was the same everywhere in Mexico: the joy of living and the excellent friendliness of its residents.