On this tour you will experience the diversity of the Mexican capital, Mexico City. The highlight of this trip is a visit to the ruined city of Teotihuacan, one of the most important archaeological sites in America, which has been declared a cultural heritage site. In Chiapas, we take you on a tour of the Sumidero canyon, where you will see the steep rocky walls from below. You will also visit the ruins of Palenque. The trip ends in the "white city" of Mérida, where you will also explore the "Land of the Mayas", the Yucatan peninsula, and the ruins of Chichén Itzá. Many new impressions and exciting experiences await you on your journey through this exciting country.

Our guide will meet you at the airport with a sign with your name and take you to the hotel. Spend a relaxing evening and gather new strength to start your vacation.

After breakfast, your guide will pick you up from the hotel lobby around 9:00 a.m. and you will Start your journey through the colorful and vibrant metropolis. You will visit the historic center, the place where it all began.

The heart of Mexico City is the “Plaza de la Constitución”, also called the Zócalo. The 220 x 240 m square is one of the largest in the world. The ceremonial center of the Aztecs was located northeast of the Zócalo. Today you can see dancers adorned with feathers and shells, performing pre-Hispanic dances to the rhythm of drums. To the east of the Zócalo is the “National Palace”, the official residence of the President, to the north the largest cathedral in Latin America (Metropolitan Cathedral) and to the south are the offices of the city administration.

Then we continue to the famous Museum of Anthropology. The museum was opened in 1964 and is one of the most beautiful in the world. The artistic treasures of Mexico are on display here and the peoples and cultures are presented in an impressive way. Then you will be taken back to the hotel.

Tip: in Mexico City, traffic can be chaotic and there may be a 15 minute delay. History buffs should plan more time at the Museum of Anthropology. If you wish, you can withdraw from the group.

After breakfast around 9:00 hours, we will take you to Teotihuacán and visit the house of the gods. Teotihuacán is located about 50 km northeast of Mexico City in a high, dry valley at 2,200m. It was once the most important cultural center and the largest city in ancient America here. When the Aztecs arrived, the pyramid city had been deserted for at least 500 years and was partially destroyed.

They gave it the name of Teotihuacán, which means in Aztec: “home of the gods.” They gave it this name because they could only explain these impressive buildings as the legacy of powerful gods. You will also be surprised to see the pyramid of the sun and the moon. Those who take the trouble to climb the pyramids will be rewarded with a breathtaking view over the high valley.

On the way back, we visit the most important pilgrimage church in the country (La Basilica de Nuestra Señora de Guadalupe). According to legend, on December 12, 1531, the Virgin of Guadalupe appeared to the indigenous pastor Juan Diego several times on the hill of Tepeyac.

As proof, days later a portrait of a dark-skinned woman was depicted on his coat, which the then bishop recognized as Mary. The appearance of the dark-skinned virgin mixed two beliefs and millions of Mexicans make pilgrimages there every year. Then return to your hotel.

After breakfast, transfer to the airport and flight to Tuxtla. Welcome at the airport (arrival must be before 13:00 hours).

After a short trip to the Grijalva River, we board a boat and cross the Sumidero canyon, framed by steep walls up to 1,000 m high. With a little luck, you can see crocodiles sunbathing.

Then we head towards the jungle mountains of Chiapas. The destination is the city of San Cristóbal de las Casas, founded in 1524 by Diego de Mazariegos.

After breakfast, visit the Tzotzil villages of San Juan Chamula and Zinacantán, which still maintain their ancient traditions and live with their social structures and religious ceremonies.

The visit to the church in San Juan Chamula will be unforgettable, where ancient Mayan rituals were celebrated amid the thick smoke of Copal (tree sap). In Zinacantán we will visit a family of weavers.

In the afternoon, return to San Cristóbal and have free time.

Early in the morning we drive through winding mountain roads to the most beautiful waterfalls in Mexico: Agua Azul. In an impressive variety of colors, the clear blue water rushes over various thresholds. There is the possibility of swimming in one of the quiet natural pools.

After a short stop at the impressive Misol Ha waterfall. In the afternoon visit the mystical archaeological site of Palenque, which was built in the middle of the emerald green jungle. Unique in the Mayan world is the Temple of Inscriptions, the tomb of the god King Pakal.

Transfer to the hotel.

This morning you will be taken to the bus station and you will go first class to Campeche at 8:00 hours. Upon arrival, take a taxi to the hotel in the colonial center.

In the 16th and 17th centuries, the city was often looted by pirates. That is why the Spanish built a huge wall in 1686, which was completed 18 years later and protected the city from attack.

The parts of the wall that can still be walked on are still preserved to this day. The historic city center with its colorful restored colonial houses and buildings was listed as a UNESCO World Heritage site in 1999.

Take advantage of the cooler hours of the afternoon to stroll through the beautiful city center.

After a relaxed breakfast, you will have time to explore the beautiful city again. In the afternoon take the first-class bus to Merida. The capital of Yucatan is also known as The White City. The name comes from the white limestone from which many buildings have been built.

In the past, Merida achieved its economic success through the processing and export of sisal around the world. Stroll through the historic center and don’t be discouraged haggling over a hammock- the vendors can sometimes be very persistent.

We will spend the night in a colonial atmosphere in Merida.

After breakfast, you will visit Uxmal, about 80 km southwest of Mérida. Along with Chichén Itzá, it is one of the most important Mayan sites in Yucatán.

Around 20,000 people lived here until they left Uxmal around 1200 AD after the Toltec invasion. The most famous pyramid in Uxmal is the pyramid of the magician or fortune teller: its oval base is 85 x 50 m. The most impressive building is the “Government Palace”, a masterpiece in architecture and decoration.

After lunch, visit Kabáh. After Uxmal, Kabáh was the second most important Mayan city. Many buildings are still unearthed on the extensive grounds.

The heyday of Kabáh was from the 9th to the 11th century. The Palace of the Masks is impressive, from whose facade there were more than 250 masks of the rain god Chaaks. It is also worth seeing the famous arch »Arch of Kabáh« with a height of 6.50 and a span of more than 4 m.

With many new impressions of the Mayan world, return to Mérida to your hotel.

After breakfast, you will be transferred from Mérida to Celestún beach. There you will see unique flora and fauna. The area is rich in mangroves and is home to one of the largest flamingo colonies in North America. You will take a raft trip through the jungle and the lagoon with our tour guide.

In addition to observing various species of birds, Celestún beach is an ideal place for swimming. Our tour includes lunch on the Celestún beach. The afternoon is free so you can take a closer look at the surroundings. In the afternoon, return to Merida.

As an alternative to the tour, we recommend the tour of the farm. “Hacienda Sotuta de Peón” is a project to preserve the old traditions in Yucatan. In earlier times, sisal production – we will show you the complete process from the plant to the finished product. You also have the opportunity to see all the ancient machinery and a typcal Mayan house. The cenote on the ground and the pool, which is surrounded by idyllic vegetation, is particularly worth is surrounded by idyllic vegetation, is particulary worth seeing.

You can also spend another day in Merida. There are many interesting destinations in the area.

Today transfer from Mérida to Chichén Itzá, the most important and at the same time the best restored Mayan city in Yucatán. Chichén Itzá is considered an excellent example of mixed indigenous culture.

Chichén Itzá, which was almost deserted at the time of the conquest, was founded in the 5th century AD. The city’s heyday came in the 9th century. The most famous building is Kukulkan’s “Castillo” pyramid, which forms the center of the site.

Admire the ball game, the sacred fountain (El Cenote Sagrado), the Temple of the Jaguars, the Temple of 1,000 Columns, and the observatory on the gigantic grounds (El Observatorio).

Then have lunch and drive to Cancun / Playa del Carmen / Riviera Maya.

From this day on, accommodation is no longer included. Here is the bathroom extension, which of course we can also plan for you.

We will gladly advise you!

We recommend venturing out on the Chepe Express train through the Sierra Tarahumara, also known as the Copper Canyon or to La Paz for a whale watching tour in Baja California. Ask us about options for an extension.

Extensions to other destinations

Do you still have time and want to discover more Mexico for yourself? No problem! Here we present the destinations with which you can combine with your trip! 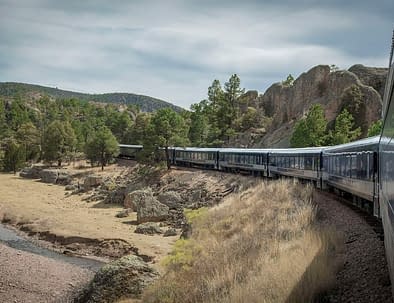 TRAVEL ADVENTURE ON THE TRAIN 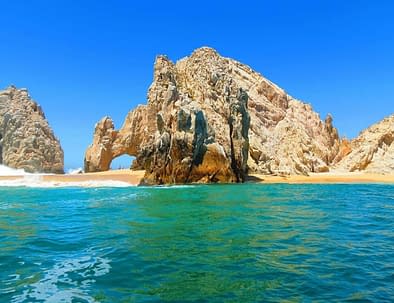 Discover with us the peninsula and the Sea of Cortez, whale watching, water sports, the desert, viticulture and much more 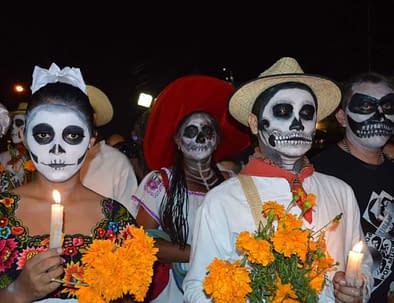